The Ottoman Empire was a key force in the making of the early modern world. Growing from a regional to a global player and to the most powerful Muslim empire at the turn of the 16th century, the role of the Ottomans has been largely neglected by Eurocentric narratives about the Atlantic explorations and the Reformation. This episode is based on Alan Mikhail’s new work “God’s Shadow: Sultan Selim, his Ottoman Empire, and the Making of the Modern World”. In the first part, we discuss the trajectory of Selim I, one of the most important sultans of the House of Osman, and the conflict with his father Bayezid. His life spans from military campaigns in Eastern Anatolia to crucial victories against the Mamluk Empire, which allowed Selim to officially become Caliph and leader of Sunni Islam. In the second part, we open a perspective on the global implications of imperial rivalries in the Mediterranean. Re-centering the Ottomans sheds light on how reactions to a powerful Muslim empire drove Columbus’s and other conquistadors’ worldview, which in turn lingered on in US-American self-perceptions and othering of Muslims and Native Americans. Alan Mikhail is Professor of History at Yale University, where he also chairs the Department of History. He is a leading historian of the Ottoman Empire and the Middle East with a focus on Egypt in the early modern period. He has published grounbreaking studies on environmental and global history (see bibliography below) and his newest monograph, discussed in this podcast, is published by Liveright-Norton. 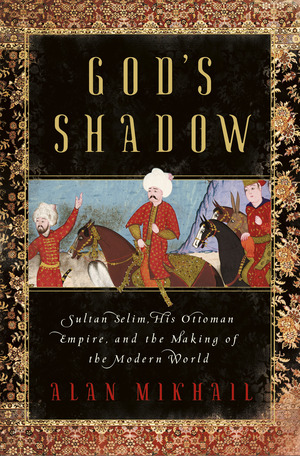 To cite this episode: Alan Mikhail, Andreas Guidi (2020): How the Ottomans shaped the Modern World. The Southeast Passage #033, 18.08.2020, http://thesoutheastpassage.com/podcast/mikhail-ottomans-selim-modern-world/

The instrumental compositions in the background are a kind courtesy of Hasan Kiriş.

The excerpts from “God’s Shadow” are read by Harriet Walsh.

Under Osman’s Tree: The Ottoman Empire, Egypt, and Environmental History. Chicago: The University of Chicago Press, 2017.

Delaney, Carol Lowery. Columbus and the Quest for Jerusalem, 2012.

Gomez, Michael A. Black Crescent: The Experience and Legacy of African Muslims in the Americas. Cambridge: Cambridge University Press, 2005.